Today, I'm wondering about how librarians talk about teens and kids in the library and when it's potentially harmful. Or, rather, what are the consequences, intended and unintended. 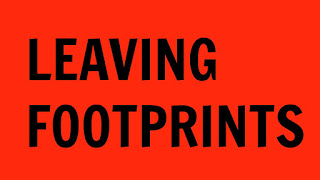 As I was reading Twitter this past weekend, there was a lot of talk about a recent convention where a panel went bad, things were said, then it was discovered that teens organized the panel and the talk changed to both "golly, glad social media wasn't around when I was a teen to capture all that" with a side of "what was the organization thinking, to basically approve the panel and offer no guidance or resources to make sure that the panel didn't go as wrong as it did."

I'm not linking to it, or adding to specifics, in part because a, the particulars don't matter, and b, I don't want to add to the digital footprint surrounding the teens involved.

It did make me think of a topic I've mused about, how much of the talk around teens and social media is around what the teens do and so and how they need to be taught about digital footprints and consequences and all that. Those are all good conversations to have, and YALSA has done a great job with things like its Social Media Guide for Teens. And ALA's Choose Privacy Week. As ALA says, "Through programming, online education, and special events, libraries will offer individuals opportunities to learn, think critically and make more informed choices about their privacy."

But, what about when when there is no choice? When it's someone else, writing and posting and sharing?

I'm talking within the context of librarians, either sharing professionally or work-related, or with enough details that it may as well be work related.

And I'm talking about the types of posts where the library, and thus the patrons, can be easily identified.

In short, I'm thinking of posts that talk about children and teens that, if read by those minors, or their family members, brings about a "uh oh, I know that library, that librarian" and the details are such to then say "and I know that kid."

And has "that kid" been written about so that now all the world sees, now and as long as it's part of a Google search, particulars that, given the choice, that kid would have chosen to keep private?

Maybe it's about things the minor patron did at the library. Maybe it's not even something the librarian thought was bad. But if the story is, here is this great turnaround and shows the positive impact my library had on this teen . . .  well, when did the minor teen consent to their life being shared? And, as I note, being shared so specifically that they can be identified?

Or maybe the story is about challenges the minor and the family is facing. Those can be anything -- as an example, financial. And your point may be about the positive impact of the library, and the resources the library can provide, and how the library matters in the lives of people who are struggling. Does that sharing contain types of details that if read by that teen and their family and their friends, those reading know exactly who is being talked about? Whose father lost a job, whose mother faces foreclosure?

I'm not saying not to share great, powerful, meaningful stories that involve teens. But I am asking . . . if we talk about teens, and privacy, let's also be mindful of the role we play in creating a minor's social footprint.

The Plot:Ani FaNelli has the perfect life: a great job at a magazine, a wonderful apartment in New York, just the right wardrobe, and a handsome, rich, old-money fiance. And she's 28 so it's all right on target.

Perfect. If you saw her, with the ring and the clothes and the haircut and her figure you'd see her and think.... perfect.

Anyone else may want to hide her past and where she came from, and so, OK, yes, her name used to be TifAni. And TifAni was suburban middle class but private school and just the right college have helped her become Ani. And Ani wants to show everyone just how perfect her life is, so she's agreed to appear in a documentary about what happened at her school when she was 14. Her fiance doesn't want her to do it, doesn't want her revisiting such terrible times, but she's going to show them all.

Show them with her perfection.

And if Ani can't sleep, so what? Who can tell? And if she's tired of pretending to be the perfect girl to show she's worthy of the perfect fiance, well. Everyone pretends, right? Everyone gets angry, right? No one wears their true face.

The Good: Ani's seething anger is revealed in the first pages. She is shopping for her wedding registry with Luke Harrison, her fiance (and wow, she cannot wait to ditch FaNelli and become a Harrison), and as they look at knives she fantasizes stabbing him.

Ani name drops right and left, to show she knows. She knows. And you don't. She knows the right shoes, the right slacks, the right bag, the right diet, the right way to pass the salt and pepper. She's dedicated her life to being the person who fits in with a certain class of people, Luke's class, and at first I was as annoyed as I get at 7th graders in middle grade fiction who only care about being popular. Why -- why does it matter so much?

Why is it so important, what other people think? Why can Ani only see value in herself based on how others see her? And it's not in an ingratiating way, because Ani also has an edge to her. An anger to her. So she uses her knowing the right thing to do as weapon against those who don't know. And Ani, of course, can figure out those who think they know -- until she shatters that belief by how she dresses and what she eats and what she does for fun.

Something happened, at that perfect school with those perfect kids. And it's terrible. And the aftermath is terrible. And you can see how that shapes the grown up Ani, why she became who she is.

And then, something even worse happens to teen TifAni. And that's the mystery, of course -- what happened to that teenager, and what she did. And how that made her who she is.

But as the reader realizes how the past shaped Ani, down to her anger, the question arises -- when will Ani figure it out? Just as she made herself perfect with her clothes and her hair, she figured out what Luke wanted and became that perfect girl. (And I don't feel sorry for Luke, because whenever Ani slips and shows her true self, Luke is horrified and tries to put her back into the box of perfect girlfriend.) And while the "big reveal" may have been those terrible things from her high school years, and part of the mystery is how that shaped the adult Ani, what I read for, eagerly, was for adult Ani to realize that what she had done to recover and heal was now damaging.

Basically, I waited for her to realize that "winning" isn't being married at 28 to Mr Wonderful -- especially when Mr Wonderful isn't.

Anyway. I LOVED this book, and definitely teen appeal. I'll put it down as a Favorite Read in 2016. And yes, it's a 2015 book so I'm sure many of you have already discovered it -- but I'm getting read for the Edgars Award later this month and this is a nominee so that explains why I didn't read it until now.