Two of the finalists for the YALSA Excellence in Nonfiction Award.

The Port Chicago 50: Disaster, Mutiny, and the Fight for Civil Rights

The story of these fifty men is not just about allegations of mutiny and these fifty individuals; it is also bout the segregation of the Navy and other armed forces before and during World War II and the efforts to end it. It's about just what it meant, to have segregated troops, and institutionalized racism both within and without the armed forces. Segregation and racism, and the actions at Port Chicago and by the sailors, cannot be viewed in isolation of each other.

Laughing at My Nightmare 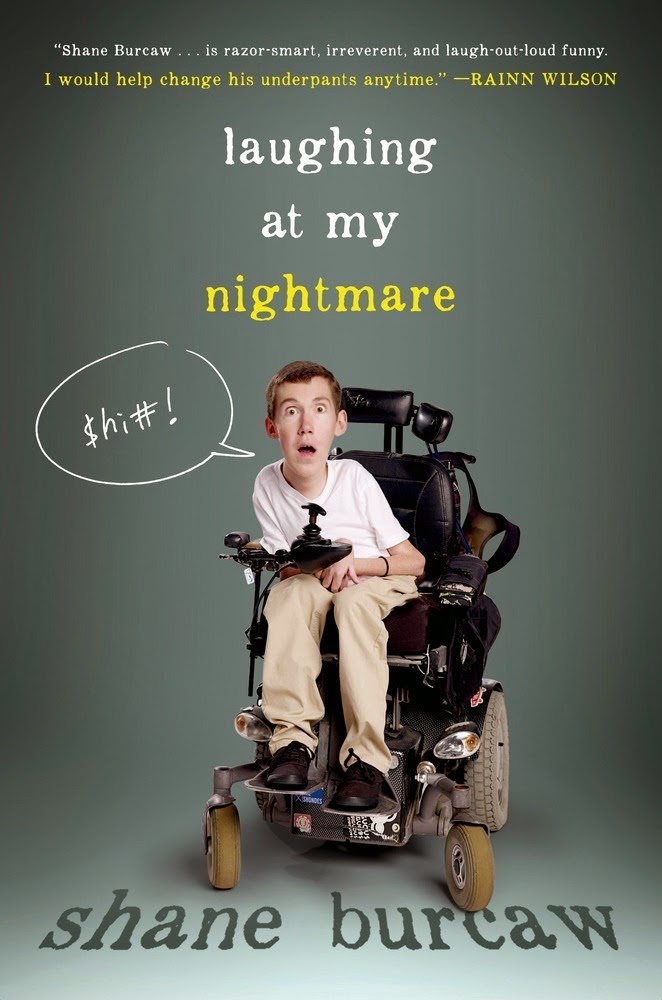 Burcaw's memoir, based on his tumblr of the same name, is a humorous look at his life with spinal muscular atrophy. It's told in short, episodic chapters -- while it's roughly chronological in order, it doesn't have to be read in order or even all at once. This structure is both a weakness and a strength: those wanting an in depth, detailed examination will be disappointed. But, that's looking for this bok to be something it isn't. It is, instead, a funny, hilarious look at life. And that is it's strength: the short chapters means it's easy to read, and also easy to read over an extended period of time. A few chapters here, a few chapters there, is, a think, the best way to approach Laughing at My Nightmare.

While Burcaw's memoir is uniquely about his own experiences, it's also universal. Starting middle school, worrying about making friends, anxious about a first kiss -- Burcaw isn't the first person to worry about these things. Burcaw is funny and blunt: he knows teen readers will wonder "but how does he go to the bathroom?" and so he addresses those questions. And the humor is such that will appeal to a lot of teen readers.