The Bling Ring: How a Gang of Fame-Obsessed Teens Ripped Off Hollywood and Shocked the World 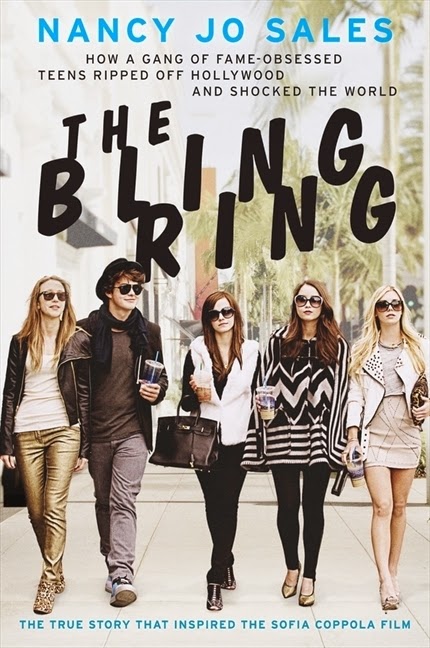 It's About: The true story of how, in 2008 - 2009, a bunch of teens broke into the homes of their favorite celebrities and stole clothes and jewelry. The Bling Ring explores who those teens were, how they planned the crimes, and how they were caught.

The Good: Both the film and the movie view this series of home robberies as an opportunity to examine entitlement celebrity fan culture. The teens targeted those people they liked, not those they didn't. They wanted to be in those homes, go through their closets, wear their clothes. It was part celebrity worship, but it was also part entitlement. Why shouldn't they do this?

The reader is as much a voyeur as those teens, reading about the robberies and the celebrities, laughing at those rich people with poor security. The movie ups that aspect by filming in the actual locations, including some of the homes.

I found it helpful to read the book before the film: the film changes some things to the make the story more linear, less messy, so consolidates and shifts some events. In simplifying the story, some of the nuance and depth is lost. That the "ring" was messy is part of the point of the underlining story.

A book like this is dependent on who talks to the writer, and not all of the teens spoke with Sales. While understandable, it also means that the reader is left with not enough understanding of just exactly what happened, who was involved, how involved they were, etc. Still, it's a pretty valuable examination of a certain type of teenager as well as a look at what happens when they get caught.