Because It's A Day Ending in Y

I wasn't going to weigh in on the latest article about adults reading YA, and saying how terrible it was that grown ups weren't reading the "right" books. Because I've seen this before, and the various ways it's worded. And I don't want to add clicks to something written to get clicks. And many others were already responding and saying what needed to be said.

But, well, so much for that vow. 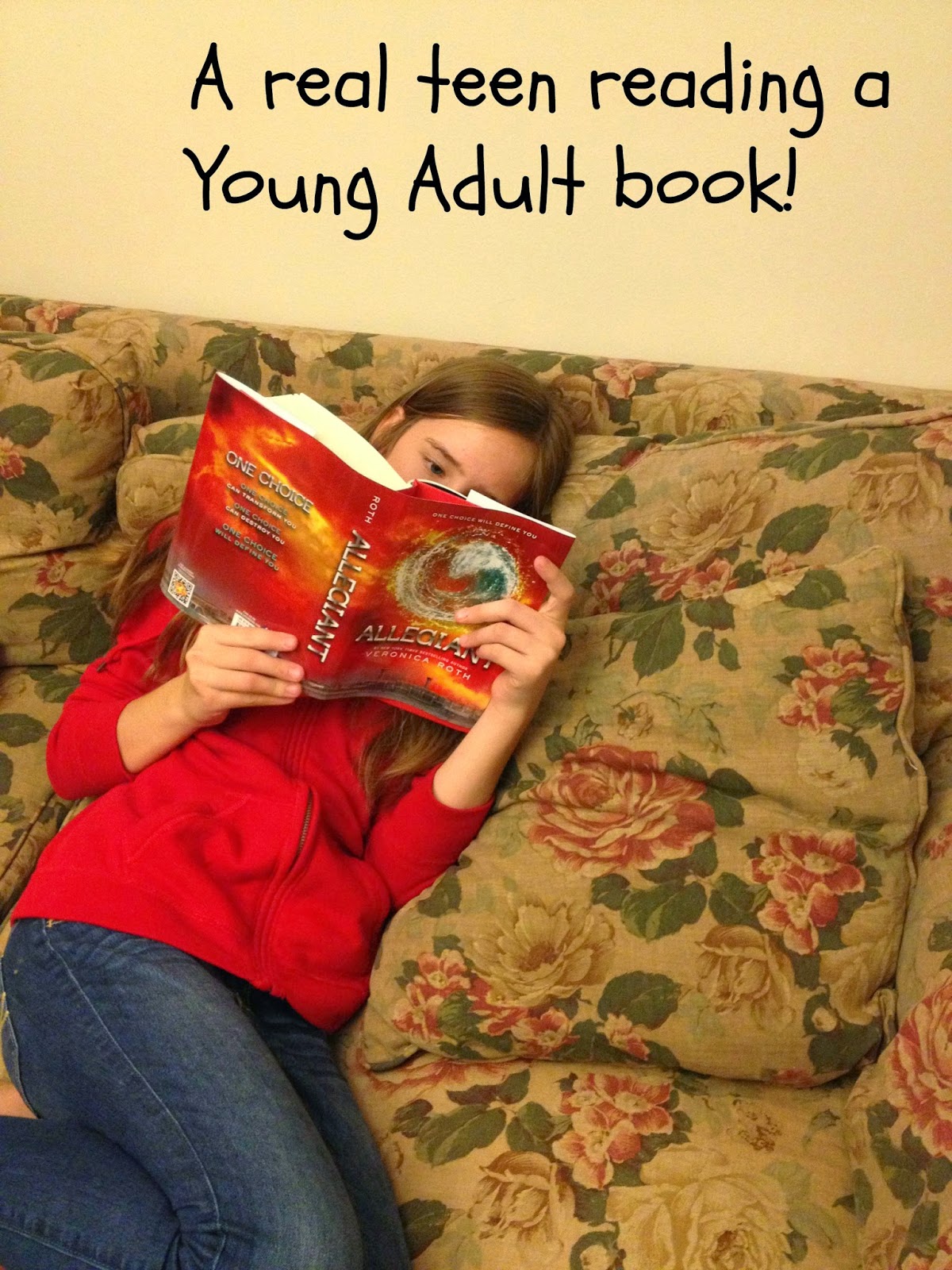 The article in question: Against YA: Read Whatever You Want. But Adults Should Feel Embarrassed When What You're Reading Was Written For Children at Slate. Responses include A Young Adult Author's Fantastic Crusade to Defend Literature's Most Maligned Genre at Nerve.

And Roger Sutton at Read Roger at The Horn Book also weighed in, at Why Do We Even Call It YA Anymore.

Adults reading YA and what that means about adults and the genre is something that has been discussed for years. Years. Just to pick on Roger, he addressed this in 2006 and 2008. (I'm sure there have been other times.) (And I'm linking to my own posts responding to Roger's arguments.) (And it's not just adults reading YA -- it's that adults are the gatekeepers for YA, as writers, agents, publishers, librarians, booksellers, etc.)

Here's what I believe:

Read whatever you want, when you want, how you want. The books one reads does not define who one is; I prefer to judge whether someone is an adult by how they live their lives and treats others than the books they read, music they listen to, clothes they were, TV they watch -- well, you get the picture. So what if someone reads "only" YA? Do we really think that means they aren't living grown up lives, meeting their financial and work and familial responsibilities? That they aren't engaged in their world as an adult? And what is the timeline to judge "only"? One month? Two? Six?

I have to confess: It annoys the hell out of me when I read people saying they won't grow up or become adults. I call bullshit. Being a teenager has its good and it's bad, but to glorify adolescence as a period better than adulthood? Nope. Being an adult may be scary and tough at times, but it's a pretty darn good place to be. But here's the thing: the people I see or hear who truly act or represent this way? Aren't the people reading YA. So, yeah, I don't see the link.

I think there is a very legitimate question to ask about who is buying and reading YA, and how that affects what is being published, and whether adults reading YA is changing the genre. Examples of questions I think are worth considering include whether what adults are buying for themselves means we are seeing less books for that tricky 12 to 14 age group, where some of the kids in class are couples and make up and all of that, and others are still giggling and whispering and thinking kissing scenes in movies are gross. Where some are having great school experiences, and others are living through mini hells.

What I have a problem with are some of the things Roger throws out in his latest blog post, particularly:

"YA literature  is still more thematically and linguistically narrow than people invested in it like to admit. But I would argue that both the narrative variety and thematic thinness of current YA stem from the desires of its adult fans, not from the limitations of being books “for kids.”"

At first glance, not problematic. I can even agree, to a point, because there are certain things that I like to read about that, well, typically aren't in YA. If one wants to say that means it's "narrow", fine -- narrow doesn't have to be negative. It can mean targeted. Now, saying that is "thin" - well, that didn't set off any bells, either, to be honest, because I was thinking, well, I do see some very similar readalikes so maybe that's what it is.

Roger clarified in the comments, though: "But I think everybody would be better off if we viewed YA as a subgenre of popular fiction for women rather than as a genre for teenaged people."

Yes. THAT I found troubling -- because within the context of the entire post, it now reads, to me, as not so much defining the adults reading YA as dismissing them. "Popular fiction for women" tends not to be something said in a positive way.

It was this that led me to tweet, "One could see a cultural narrative that women reading YA ruins it while men writing it saves it."

When asked about this in the comments, Roger confirmed: "I think a large proportion of today’s YA fills a reading niche that used to be filled by chicklit and is read by the same demographic."

Historically, "chicklit" is not something said in a positive way.

Yes, Roger is being provocative and says as much. And yes, Roger is writing based out of an in-depth understanding of children's and teen literature and how it is historically treated.

But, here is what it sounds like to a civilian: Ladies are reading YA and just want less-than-great books and they're ruining everything.

Email ThisBlogThis!Share to TwitterShare to FacebookShare to Pinterest
Labels: adults reading YA

Ladies are basically the majority of adult readers in general whether it's reading adult or YA. Ladies just read more than men and buy more books than anyone!

Because young adult literature is written by adults, there is always going to be some... disconnect between teens and the teens in books. The best books are written by people who talk to and interact with, or, in the case of more introverted writers, eavesdrop like mad on teens.

I still don't think that this leads, necessarily, to "thinness" of scope or plot, or something girly and adult-women-fixated.

Okay, I'm going to stomp off and be annoyed for awhile, and then maybe I can become articulate again. Being a LADY, though, I might not be able to swing it.

Love this post -- you do such a great job of articulating my own problems with the Slate article. I hadn't seen the response from Roger Sutton, but ugh to that. Any time anyone's trying to devalue a group of books, it seems like the first way they try to do it is by saying it's for ladies.