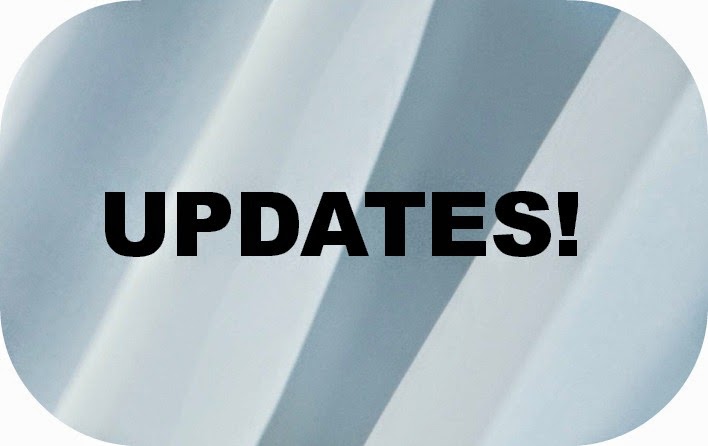 If you're unfamiliar with VidCon, or the delay in it's getting a Code of Conduct, check out my May 3 Vidcon: I'm Mad as Hell post, with updates. The only thing I'll emphasize at this point: John Green's August 7 post about Things That Should Go Without Saying But Apparently Don't So I'm Going To Say Them.

Since May 3, the following:

On May 17, the taskforce began posting to the YouCoalition about updates and what's going on with the taskforce.

On May 20, Dear Author had a terrific essay, Uses and Abuses of Girls, about "now, however, with the rise of YouTube and Vine, we have events like Vidcon and Magcon, which are centered on an ever-evolving collection of social media stars who have captured the imaginations and loyalty of young women, often underage teen girls, whose enthusiasm has created its own market, which many adult men are now exploiting. And there are some deeply problematic and disturbing elements to this cultivation of the teenage girl fan, from the lack of an actual product (aka substantive content) to accusations of sexual coercion."

On either May 20 or May 21, I asked the YouCoalition, via the Tumblr page, about the status of the Code of Conduct / Harassment policy. (I didn't record the date and am going by when I tweeted about this.)

On May 22, Hank Green posted about the status of the Code of Conduct at his Tumblr. YouCoalition reblogged it the same day. He noted, "Sorry we don’t have it ready yet, but we will soon. As with many things in our lives these days, it’s more complicated than we thought and taking longer than we’d like."

Later that same day, May 22, my question was answered at the YouCoalition, referring to Hank Green's post. (Yes, I'm a little annoyed that the timing is such that it looks like I asked the question after, not before, Hank Green's post.)

On about May 28, VidCon posted it's official Code of Conduct and Harassment Policy. This page also includes several other policies. To be picky -- and yes, as a former lawyer I get picky about the details -- as of now (June 1), the Code doesn't seem to be listed in the FAQ or other places in the website that would lead you to the page if you didn't have the direct link. I also suggest you compare the current code and policies to suggested draft policies at places like GeekFeminism. I also suggest comparing it to John Green's August post, that addressed standards for performers. This page, so far, does not.

The current Code of Conduct and Harassment Policy are a good start. But, it's that -- a start. It doesn't cover certain things, and I think it still relies too much on assuming everyone just knows. I also wish that they hadn't published these at the same time as the policies that are about protecting VidCon rather than the attendees.

I also wish this had all been done on a quicker time frame. I count John Green's August 2013 as the time the clock started ticking, and while I appreciate Hank Green noting the need for legal review and that things take time, that's still a long time for legal review. (Reminder to new readers: I practiced law for just under ten years before becoming a librarian, and my area of practice was corporate law: contracts, regulations, employment policies.)

Thanks for this overview! It's been a frustrating saga, and while I am glad that they've got a policy up at last, I agree that there's a degree to which it comes off as too little too late. I wish they'd been more responsive sooner. :/