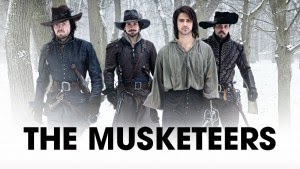 I cannot understate just how pretty these men are. For those of you who don't care about watching four very attractive men dressed in leather, don't worry, there's more!

There is BANTER. Delicious one liners. And ACTION. Because, you know, swords.

And there is just the right updating. Oh, the series is set in Paris in 1630 and the basic characters from the book are the same -- D'Artagnan, Athos, Porthos, and Artemis; Milady; Cardinal Richelieu; Constance. Confession, I haven't read the book (I know! Tried once and it didn't take), but I adore the 1973 film so, so much. So, between that and wikipedia I know the basics of the source material.

What The Musketeers has done is updated certain aspects for modern viewers (and I don't just mean the leather.) Yes, Athos's tortured backstory is all about Milady, but some of specifics of her crimes and how he discovered it have changed. (Her husband never saw a brand on her? How did that work, exactly?) D'Artagnan meeting the Musketeers has been altered. Porthos's mother was a freed slave, a bit of a nod to Alexander Dumas's own heritage. (Yes, Europe wasn't all white in the seventeenth century).

But my favorite part so far is what The Musketeers have done about the central female characters. Now, so far, they haven't really interacted with each other so I'm not getting into the Bechdel test here. Rather, on their own Milady, Constance, and Queen Anne are fully created characters, independent of the men in their lives. They exist for reasons other than being supporting characters in the Musketeers lives.

Milady is still a villain, deliciously so, and is often the smartest person in the room, but her path towards being this is still unclear. She is probably closest to the original Milady, in that Milady was always the scheming bad guy. What I hope to see more of, thought, is her backstory of who she was before and after her marriage to Athos. While I don't want or expect redemption on the level of Regina from Once Upon a Time, I still hope for more than "oh, evil woman."

Constance, though -- Constance! My memory from the film is that Constance is primarily the love object of D'Artagnan, and is more of a prop in the lives of the Musketeers. The BBC version delightfully makes Constance her own person, with her own desires and wants. She's also given funny lines, and isn't just the foil for the Musketeers. She and D'Artagnan don't have insta-love based on mutual good looks, but instead a developing affection.

And Queen Anne! What that actress can do with a look. It's clear that she sees her husband as immature and spoiled, but heis still the King, and so she has to put up with him and do her best. I'm only four episodes in and often I think there's a permanent thought bubbly over her head going "I should have been king. Really, Louis?" And man, those looks she gives him.

And if The Musketeers follow the book in terms of what happens to Constance, I will be PISSED beyond the telling.

What else? Did I mention banter, action, and some pretty, pretty men? 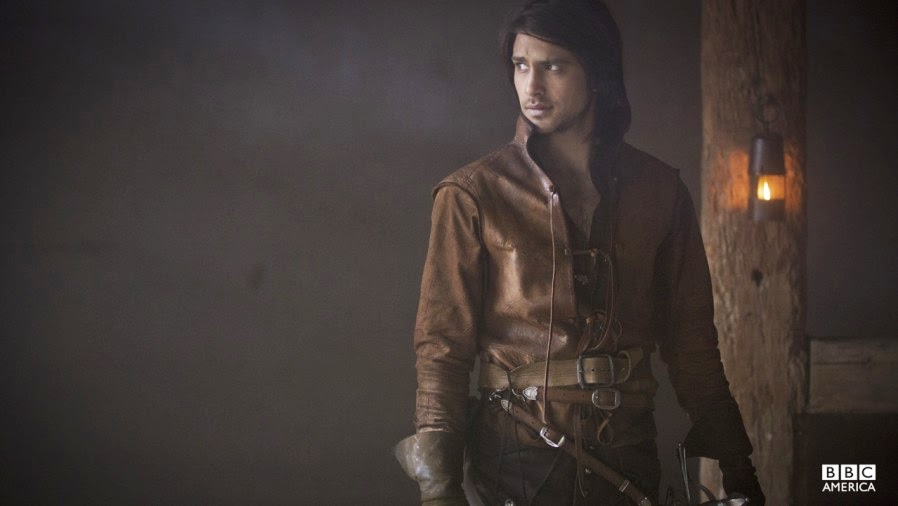 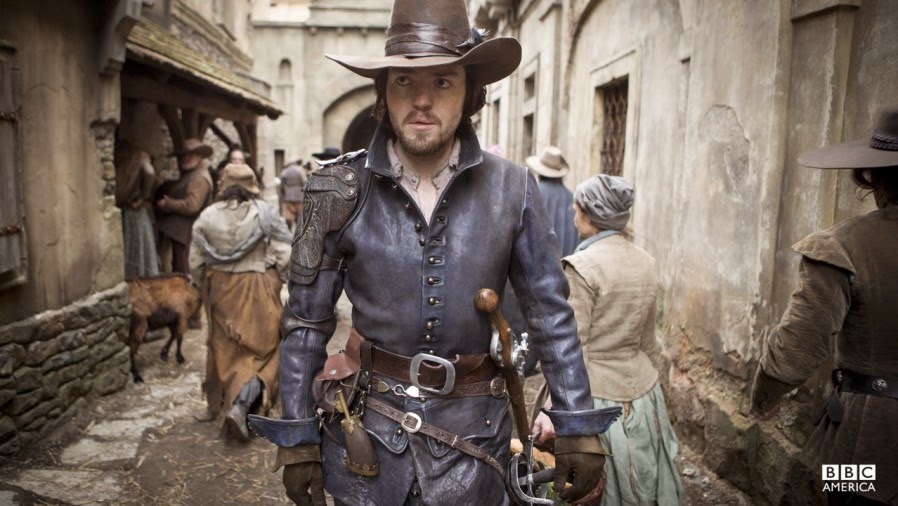 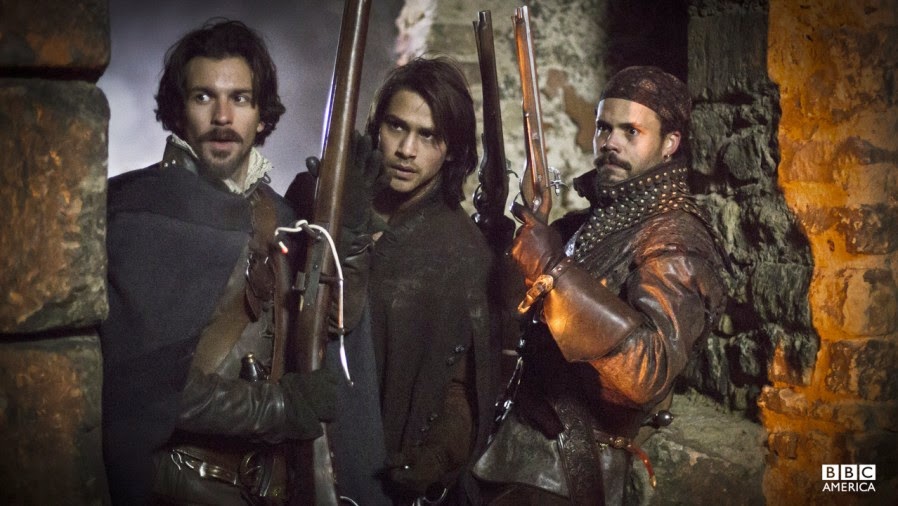 All images from BBC America.

I LOVE this show. I need to watch it all over again from the beginning.

I just want to watch them put on their hats over and over. We need gifs of that.

THIS IS NO TIME FOR HATS