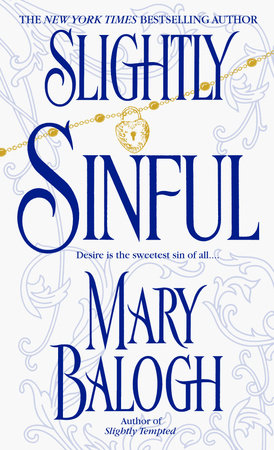 The Plot: Lord Alleyne Bedwyn was left for dead after the Battle of Waterloo, injured. His head injury has taken his memories.

Rachel York trusted the wrong people, and now she's broke -- but not alone. She's with the only four people in the world she truly trusts, so she is temporarily staying with them.

When Rachel finds Alleyne on the battlefield, he's been stripped of everything of value, even his clothes. She has no clue who he is, but she knows he lives so can be saved. She takes him back to where she is staying -- a brothel.

Broke, injured, no resources -- but themselves and each other.

The Good: I've been binge reading Mary Balogh books, so fast I barely have time to write down the name of the book I've read. No time for reviews!

Balogh has done some wonderful writing around the Peninsular Wars and the Battle of Waterloo, and the impact of those battles on the men and women who fought, and who stayed home. (Or what I sometimes think to myself as "the true story of what happened next to Wickham and Denny.") I particularly liked Web of Love

for it's depiction of the lives of the women who "follow the drum" and the roles they have in the aftermath of battles.

Slightly Sinful sounds like it should be serious -- battles! war! destitution! But it wasn't. Yes, all that is there, but it's also so funny and a pure joy to read. While Alleyne is recovering physically, he falls for Rachel but he doesn't even know if he's married. Also, he thinks that because she lives in a house of prostitution she must be one herself. She loves and respects the women who have befriended her, so she doesn't want to insult them by denying that sisterhood. (And there are other books by Balogh where current or past prostitutes, courtesans, and paid mistresses are the main characters and supporting character.)

Here, Gerry, Bridget, Flossy and Phyl are working and saving to retire. Their current lives are presented matter of factly, and there present situation is treated with respect. Rachel has an inheritance she cannot collect for another three years, when she is 25; or when she marries.

Do you see where this is going?

The caper of deciding to fake Rachel's marriage to Alleyne was terrific. It was funny, yet at the same time it wasn't mean or silly. It was a madcap adventure and while this is the fifth / seventh book in the Bedwyn saga it definitely stands alone, maybe more so than the other books, because Alleyne's lack of memories of his family mean they have minimal presence.

The only disappointment I have is that there's only one book left in this series! And that I have to wait for my library copy to become available!

The good news is that Balogh is only new to me; she's been writing for ages so I have a long list of backtitles to keep working my way through. And one more thing: a big thank you to my local public library for having an ebook collection and including a large number of romance books in that collection. It's made my binge reading so easy!

Mary Balogh is one of those super-major romance novelists who I somehow still haven't gotten around to! I'll have to give this one a try and then go diving into her backlist. :D