What is Altered Perceptions?

As described at the Indiegogo site for Altered Perceptions, "Altered Perceptions is an anthology of great authors, donating their work to help author Robison Wells, who's crippled by debt, caused by his mental illnesses."

Full details are at the Indiegogo page. It explains Wells' mental illnesses, the impact, and what the funds that are being raised will (and won't) be used for. The anthology will be original work, a mix of short stories and deleted scenes. 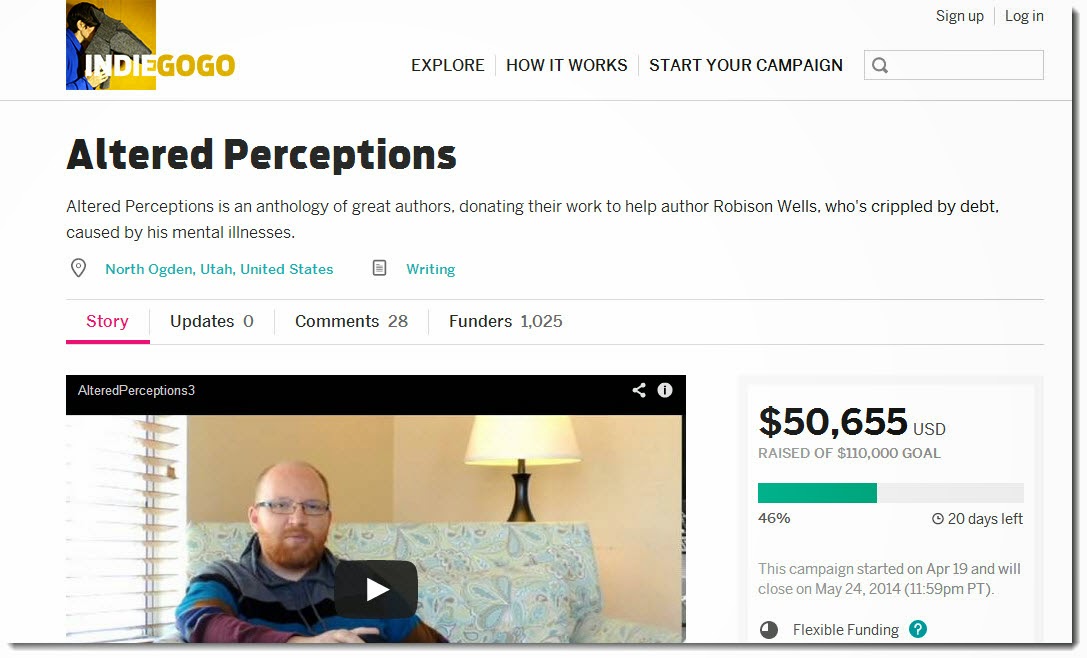 One reason I wanted to highlight this campaign is the treatment of mental health issues in the media, in books, in casual talk. Mental illness is not talked about the way that we talk about cancer, yet the impact, financial and otherwise, is the same. An illness is an illness is an illness. And this campaign is for Wells, yes, but is also to raise awareness of mental illness. The funding goal is high, because they're "also hoping that we can reach our goal and then overshoot it, to have money to set up a foundation for authors who suffer from mental illness. We know that many authors--even authors contributing to this anthology--are struggling with mental illnesses."

The second reason is Robison Wells is not just an author, but a young adult author, and I'm Team YA all the way!

The campaign started in April, so some of the perks are already claimed. But, there are still plenty of great perks, from books to a writing retreat to dinner and a movie with James Dashner.

The campaign ends May 24.