Review: Of Monsters and Madness 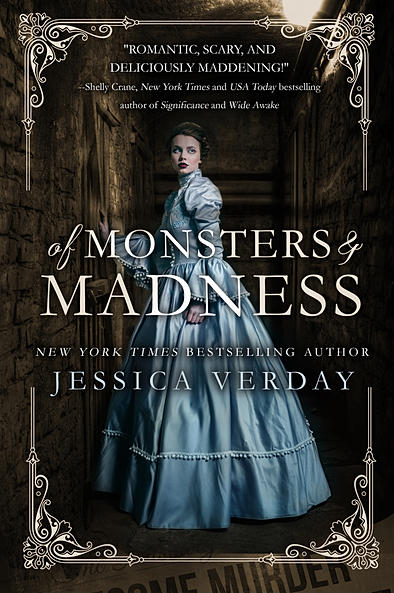 The Plot: It's 1824 and Annabel Lee, 17, has moved to her father's death following her mother's death. The world of Philadelphia, and her role of daughter of a doctor, is very different from a childhood spent in Siam. She lacks the freedom she had there.

And there are the gruesome murders....

The Good: I'll be honest: I read Of Monsters and Madness about a year ago, when it first came out, enjoyed it, but just didn't get around to writing anything up.

Then I saw the movie Crimson Peak (review tomorrow) and began to wonder about possible read-a-likes for teens who may go see the movie and want a taste of Gothic horror and romance. And I remembered Of Monsters and Madness.

The setting, early nineteenth century Philadelphia, is wonderfully shown; Annabel is a strong young woman who has been raised away from her father and his family. She wants to connect with them and please them, but her desire for independence and to pursue studying is at odds with their perceptions of what a proper young lady is. Plus, Edgar Allen Poe as a hot young man!

And plus there are references / homages to works by Poe as well as other writers. So this can lead to wanting to read more Poe, and Robert Louis Stevenson, and Oscar Wilde.

Of Monsters and Madness was published by Egmont USA, which, sadly, no longer exists. So when I went to the author's website to write this post, I was very pleased to learn a few things: first, that it's available on Kindle; second, that for a limited time it is $1.99; and third, that Verday has included the sequel, Of Phantoms and Fury, in the Kindle edition so you are getting two books for one.