As you know, I really liked Amity by Micol Ostow. And by "liked" I mean "had the heck scared out of me."

So when I found out about the Blog Tour for Amity, of course I said I wanted in!

You know what I like about doing author interviews, like this? I get to ask questions! Which means that the things I wonder about, I can get the answers to.

I hope they are things that you also find interesting!

First, here's a short bio of Micol Ostow (from her publisher):

Micol Ostow has written dozens of books for children, tweens, and teens, but Amity is her first foray into horror. I turns out, writing a ghost story is almost more terrifying than reading one. (In a good way.) Her novel family was called a “Favorite Book of 2011” by Liz Burns at School Library Journal, and her illustrated novel, So Punk Rock (and Other Ways to Disappoint Your Mother), was a Sydney Taylor Notable Book for Teens.

In her spare time, Ostow blogs with the National Book Award-winning literacy initiative readergirlz.com. She lives in Brooklyn, NY, with her husband, her (utterly fearless) daughter, and a finicky French bulldog named Bridget Jones. Visit her online at www.micolostow.com or follow her on Twitter @micolz. 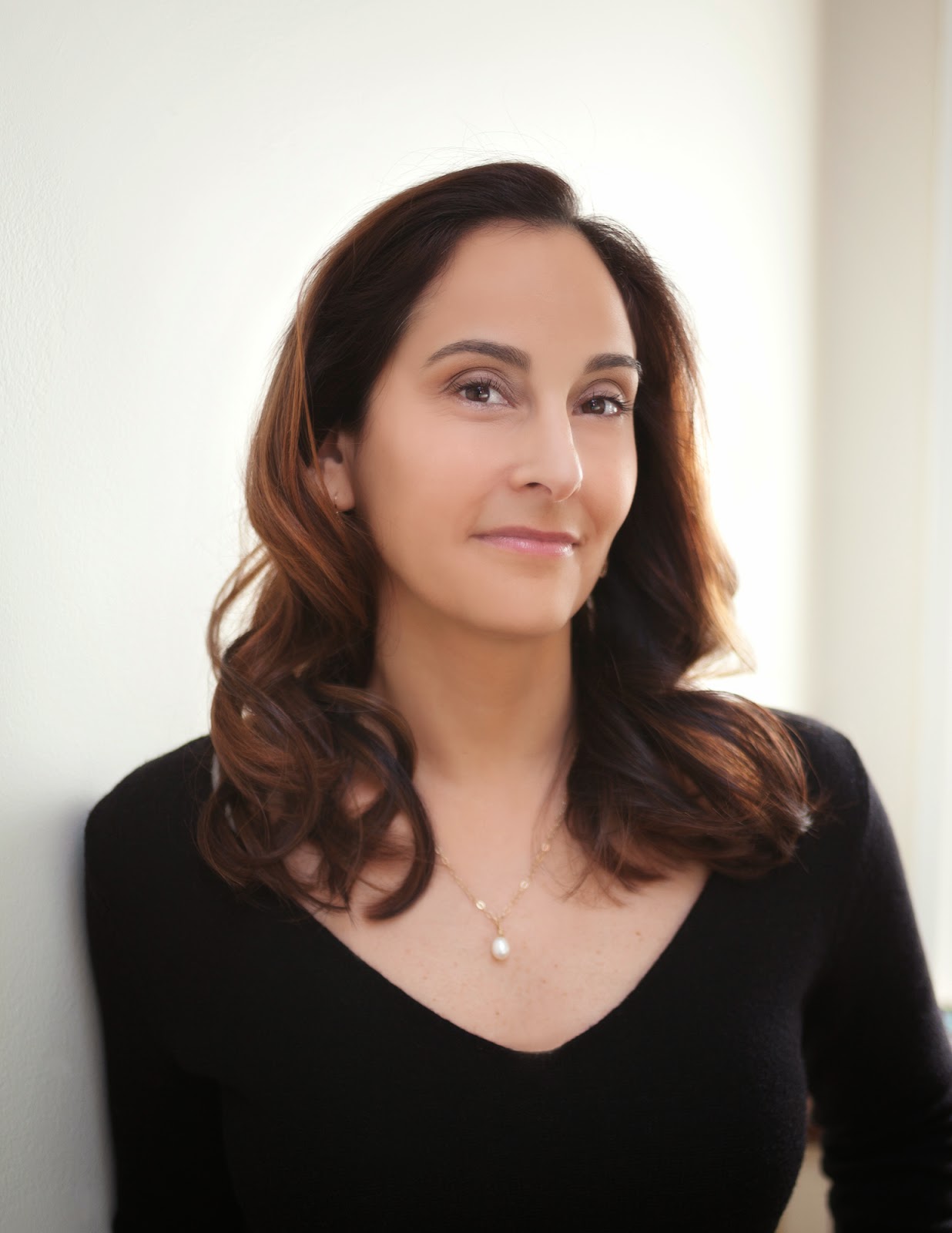 Micol Ostow: Actually, my first introduction to the Amityville legend came via my favorite master of horror, Stephen King. In his early nonfiction treatise on horror, Danse Macabre, he dissected what he felt worked and what didn’t work in the movie, specifically. Ironically, if I recall much of his criticism of the original movie had to do with its focus on the physical manifestations of the house’s evil spirit rather than a build of psychological terror or dread. I didn’t end up seeing the movie until the 2005 remake, which I found really effective. Afterward, when I was kicking around ideas for my follow-up to the novel family, that remake was on tv and sparked something in me. That was when I went back and finally watched the original movie and read the book. So it was a surprisingly long time coming for a horror buff, in addition to my coming at it with a weird amount of preconception and bias given my total ignorance of the original subject matter! 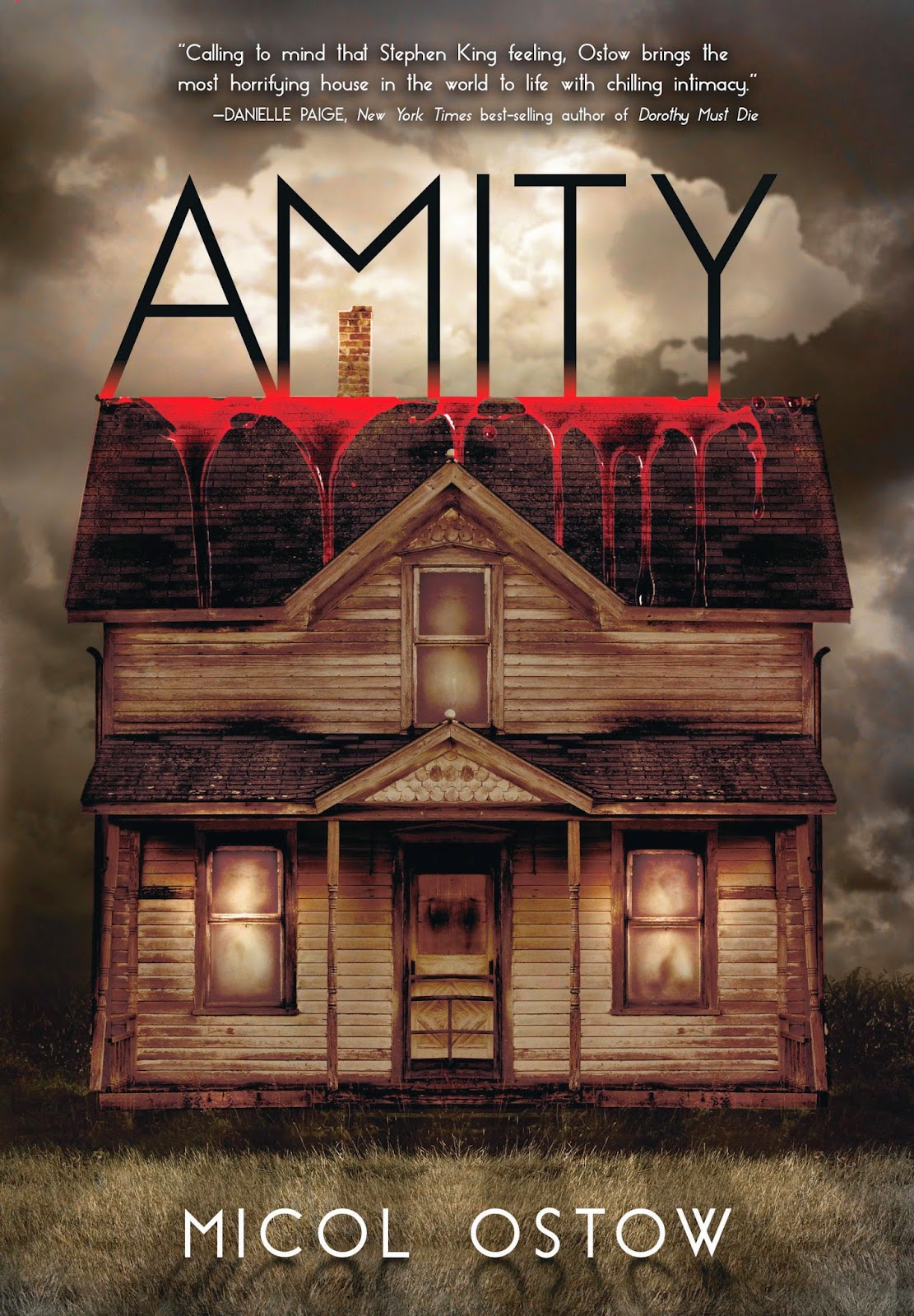 Micol Ostow: The “research” question is always hard to answer because the answer is slightly embarrassing: I’m very drawn to dark stories and I’m fascinated by the question of evil from within versus evil from without, so much of the research I did both for family and Amity was actually just background reading I’d done before I even had the slightest notion to write either book. Putting aside the obvious Amityville source material, though, I’d say the book’s most clear-cut influences to me are The Shining and The Haunting of Hill House.

To me, Connor is basically Jack Torrance – a flawed character who is driven to evil deed via the energy of the house, the way Torrance is driven mad by the Overlook Hotel. And Gwen is a successor to Hill House’s Eleanor, the fragile, overlooked (no pun intended) woman whose history of madness renders her fear unreliable. Both are to some extent tropes of the genre and there are plenty of examples of each throughout pop culture, but those two are my very favorite iconoclasts. I probably reread The Shining in particular at least twice a year. Does that count as research?

Liz: What was the scariest book you read as a teen?

Micol Ostow: The Shining! (That was a gimme.) I wasn’t quite a teen though, and definitely wasn’t supposed to read it. My mother was a Stephen King fanatic and kept those terrifying 1970’s library hardcovers on her nightstand, perhaps unaware of how they were imprinting on me (or maybe that was her plan all along?...) Pet Sematary made an impression, but The Shining was the one I actually snuck out of the children’s room to read in furtive fifteen-minute increments. I think I was maybe twelve? At most.

Liz: What was the scariest movie you watched as a teen?

Micol Ostow: Again, I wasn’t quite a teen – maybe eleven-ish? – but my younger brother had been home sick with something icky and lingering, and as some kind of pity-bribe thing my mother, I guess, allowed him to rent A Nightmare on Elm St. #s 1-5. I stumbled in as they were queuing up the first movie and got sucked in. TERRIFYING. That one and #4 are the two that still get me, every time.

Liz: Thank you so much!

Check out all the stops on the Amity Blog Tour.