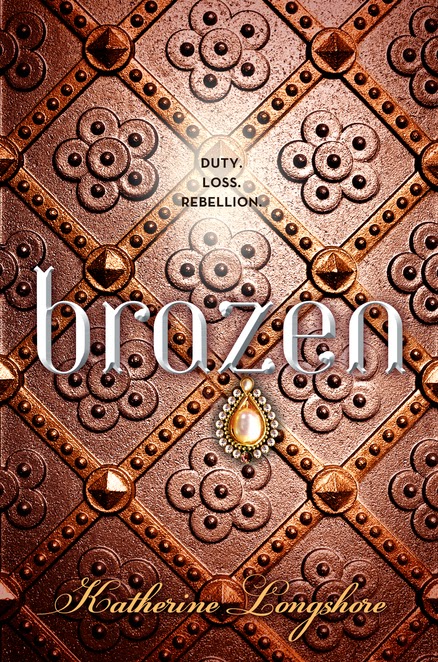 The Plot: England. 1533. Fourteen year old Mary Howard is being married to Henry FitzRoy, also 14 but already the Duke of Richmond and Somerset.

Henry FitzRoy (Fitz to his friends) is the only living son of Henry VIII. That he is a bastard means that he can never inherit his father's throne, but he is important and Mary's marriage to him is important. She, now is important.

Only -- not so much. Henry VIII doesn't want the marriage consummated - both from a belief that it's not healthy for the young teens, as well as knowing that such a marriage can easily be annulled if necessary.

If the king's new bride, Anne Boleyn, delivers the longed for legitimate son, Fitz's role remains the same. But if not.... well, what if Fitz was made legitimate?

What is it that the young and noble do with their time? Mary and Fitz and their friends form a circle of teens whose time is dedicated to sports, and flirtations, and poetry and song and dance. The most important dance being, of course, keeping the King happy.

The Good: I loved the first of Longshore's books set in the court of Harry VIII, Gilt. Gilt, set in 1539, is the story of Henry VIII's wife Catherine Howard, told from the point of view of one of the queen's friends. I didn't read the next book, Tarnish, about Anne Boleyn coming to Henry VIII's court for a very simple reason.

Anne Boleyn breaks my heart. Every time. And I didn't know if I could read about her, young and hopeful. So I avoided Tarnish.

Longshore fooled me, though! When I heard about Brazen, I didn't think about years. I thought, oh, an interesting look at the young Tudor court. And since Reign is one of my current favorite TV series (all about the young Mary Queen of Scots) and because I loved Gilt, I said yes.

I'm glad I did. Even though Anne turns up, a new mother, with all her future yet to come falling apart. Because I loved Brazen. I loved young Mary, wanting to have fun but also knowing the seriousness of her situation, the need to successfully navigate the Tudor Court. And I loved reading this Anne, an Anne who is smart and strong and fights as best she can, having done her own dance of destiny -- and who, despite her best efforts, has it all crashing down on her. Because Henry VIII is a man who is ruined by the power he has; and Anne does not give him a son quickly enough to satisfy him. I love how despite the danger and risks, Anne insists on her own autonomy and personhood.

Early on, Mary overhears an argument between Anne and the King. He tells her, "You should be content with what I've done for you. And remember I made you what you are." She responds, "I am myself! I am Anne Boleyn. You have not made me!"  And he says, "I can make you nothing." And this is where I knew Longshore got Anne, her "I am myself," her belief in herself.

I loved Brazen so much that I'm willing to have Tarnish rip out my heart.

But now, back to Mary. I love the friendship she shares with Madge Shelton and Margaret Douglass. I love how Brazen shows the importance at that time of family, titles, money, and access to the king. Or rather, the danger.

Brazen captures the always-moving court and what that means to the members, to never stay in one place, to have their lives be spent in the rooms that are not their own, with rank and location determining where one sleeps for those weeks or months. Each section is titled by where the court is currently: Hampton Court Palace, 26 November 1533; Greenwich, December 1533; Greenwich Palace, 1534; Whitehall, 1534; Hatfield Palace, 1534. And that only brings us to page 72!

Brazen is also about being young. And wanting to be in love. And being in love. And not wanting to repeat the mistakes of parents. And it's also about words: Mary and her friends like songs and poetry, and one way they communicate with each other is by a shared book (based on the Devonshire Manuscript).

I keep circling this series. Wondering. This is the review that's gonna push me over. :)

Okay okay! I will read these books! I was already sort of curious about them anyway, and now I want to binge-read all three of them on my sofa this coming Sunday.