Review: Hate To Love You

Hate to Love You 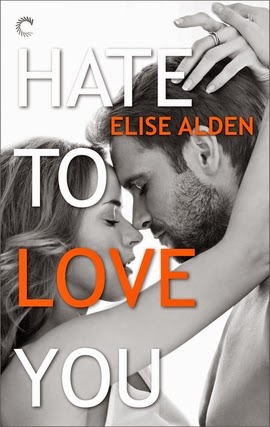 Paisley meets her sister's fiance, who is as snobby as Paisley's sister. It's mutual annoyance (but also attraction) from the start.

Which is why Paisley pretends to be her sister and sleeps with the fiance, James.

All hell breaks lose, helped along by the cell phone videos of her epic announcement. In the aftermath, Paisley gives her baby to James and leaves.

It's seven years later, and Paisley is back. Determined to establish a relationship with her son. But will James forgive her?

The Good: Let's start with I LOVED THIS BOOK. If the plot sounds like twelve kinds of soap opera meets a Lifetime movie meets a Syfy show, you'd be right and that's what makes it AWESOME and AMAZING.

First, yes, it's a traditional New Adult book which means plenty of sexytimes.

Now, as I get into things, you may be saying, but Liz, you're telling me too much! Spoilers, sweetie. Actually, all the information above? The reader knows that from the start! Part of why I loved this book is even thought I knew what was going to happen, I still had to turn the pages, wanting to know why and how it was going to happen. About half of the book is explaining just how James and Paisley ended up in bed together; and half is Paisley, seven years later, trying to get her life back.

The first half: I won't go into too many details about the epic night, except to say heavy drinking and black out curtains so that the bedroom is total darkness. (I KNOW.) (And if right now you're thinking about things like logic, like "wait, how can he be so drunk that he can't tell this isn't his fiance's body, that's just not making sense," part of the answer is "Caroline is such a good girl that he wasn't getting any action before this so he didn't know.") (I KNOW.)

The kind of middle, the wedding reception where she announces she slept with James and is having his baby, is noteworthy because of the videos people take of her. Not only does the video go viral, but it inspired a lot of people to use important family occasions to announce secrets to their families. Also on video. EPIC.

In a nutshell, first-half Paisley is a bit of a mess. There's a reason why she has a "slutty reputation" (I really hate the word slut, but Paisley uses it, so it's here in quotes), and that is slowly revealed. (Semi spoilery - there is a tragic backstory AND her family is just awful.) (No, seriously, so awful that by the end, any sympathy I had for Caroline was gone.) In a way, the disaster of the wedding reception and losing her son and her family wanting nothing to do with her is the best thing to happen to Paisley. She leaves England and in the seven years (which aren't shown in the book) Paisley sobers up, continues her education, and gets her act together.

Once back in England.... let's just say this is the type of book that the only job in the entire country that Paisley can get is at the place where James works. Working for him. (I KNOW).

So the second half is Paisley trying to prove to James she's changed, yet there's the attraction with James, and FEELINGS and SEXYTIMES.

But Liz, you may be saying. I get the soap opera and Lifetime references, but Syfy?

Did I mention the kind of psychic powers that Paisley has, and the sort of psychic connection she has with James?

Yes, this book had a lot going on. But you know what? I kept turning the pages. I wanted, no, needed, to find out what happened next and why and how. Paisley was working against such a stacked deck, was such an underdog, that I was understanding of her self-destructive behavior and hopeful that she'd have a happy ending. And at the same time... this was a roller coaster of "what the hell just happened" and I really enjoy that type of book!

This sounds completely bananas. I think I have to read it.

It's wonderfully bananas. And I sort of wish it had shared the brand name of the black out curtains.