YALSA Award for Excellence in Nonfiction for Young Adults

YALSA's Newest Award is its Award for Excellence in Nonfiction for Young Adults.

Like the Morris Award, in December they announce a shortlist and then the winner gets announced on January 18 at the Youth Media Awards.

And, as an "it's all about me" aside, I am running to be on the Nonfiction Committee! It's for the upcoming Spring 2010 Election, which mean it's the Committee that reads the 2011 titles and announces the 2012 winner. And here I thought December was going fast...

Oh, yeah. POINT. You're here for the shortlist!! 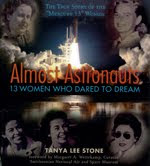 by Tanya Lee Stone,
From the Committee:
"In the early 1960s, the doctor in charge of testing NASA’s astronauts decided to find out if female pilots were capable of passing the grueling qualification tests required of male pilots. Feasible? Yes. Allowed? No. All testing of women’s potential for the Mercury program was done outside NASA’s purview and without their permission. The reasons why will stun readers. " 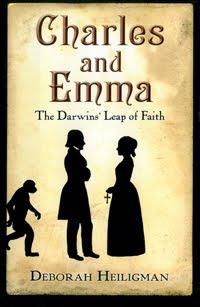 From the Committee:
"After creating a list of the pros and cons of marriage, science-minded Charles Darwin chooses to marry his strictly religious first cousin. Little does he know that he is about to embark upon the most loving, creative, and intellectually important relationship of his life." 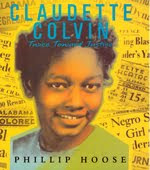 From my review:
" Claudette Colvin is brilliant. Hoose brings to the reader's attention an area of history that they may not know about. While it's an accomplishment for a writer to uncover the untold story and the undiscovered facts, that is not reason enough to call a book brilliant.

It is brilliant because of how Hoose uses those facts; how he tells the story. Hoose weaves Colvin's words throughout the book; the teenager's passion and immediacy shines through, even though Colvin told him her story decades later. Because this is not strictly a memoir, or Colvin telling her history, Hoose is able to present information that Colvin wouldn't have been aware of." 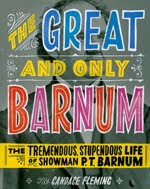 The Great and Only Barnum: The Tremendous, Stupendous Life of Showman P. T. Barnum

by Candace Fleming and Illustrated by Ray Fenwick

From the committee:
"Thrill to the audacity! Gasp at the hucksterism! Come one, come all to the jaw-dropping, larger-than-life biography of expert humbugger, relentless curiosity seeker, and unparalleled showman P. T. Barnum." 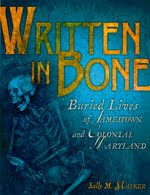 Written in Bone: Buried Lives of Jamestown and Colonial Maryland

From the committee:
"By presenting a detailed examination into the work of different types of forensic archaeology at excavations in both Jamestown, Virginia, and Colonial Maryland, readers are rewarded with both a picture of this fascinating work and an appreciation for what it contributes to our knowledge of history."

A big THANK YOU to the 2010 Committee and I, for one, cannot wait to see what they pick. And I have some reading to do.

Members of the award committee are: